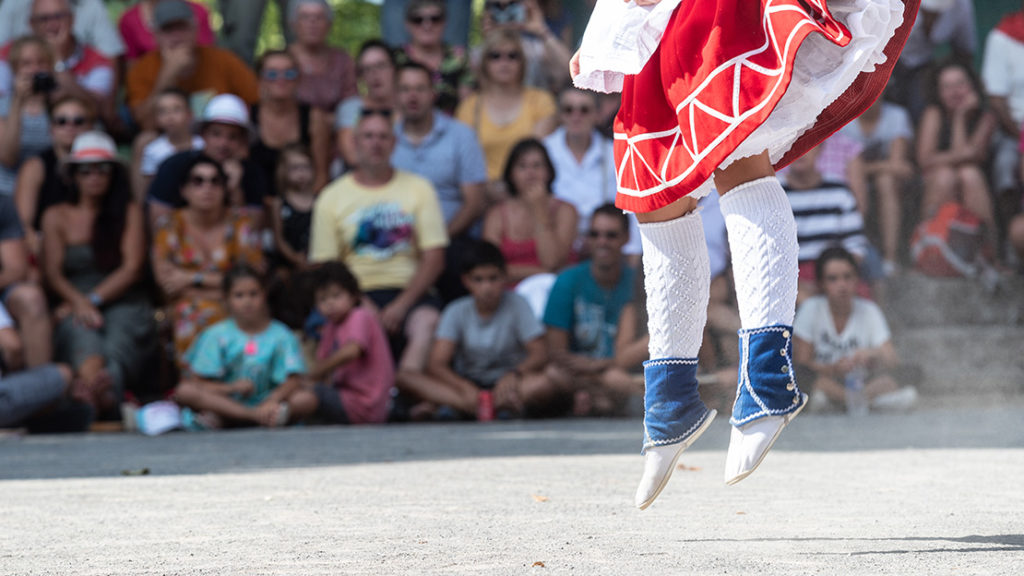 MUSIC AND DANCING, MORE THAN AN IDENTITY? A WAY OF LIGFERE…

Basque culture comes from oral tradition and boasts an extensive repertoire of song, music and dance which fashions its identity. Today, the new generation mixes tradition with outside influences and, as such, is daringly adding to and enriching the repertoire.
Bertsolaris verbal jousts— verse writers and singers — are particularly impressive because they are totally improvised.

Choir singing appeared at the end of the 19th century. The Oldarra Group has disseminated this tradition worldwide. When you listen to them, you are sure to feel the strength and fervour of a proud people. Traditional music is played on many instruments: the Trikiti (an accordion), the Txistu (a recorder), the Gaïta (an aero phone), Txalaparta (percussion), the Alboka (a reed flute). Kalakan, a band, is a good example of this tradition which has been perpetuated and enhanced. The trio interprets songs dating from the 15th century to the present day, as well as their own compositions.
During many festive occasions in the course of the year, you are bound to see a Banda (fanfare) strolling down the street spreading the fervour of the moment!

There are numerous Basque dances — each village has its own — and sometimes they are very spectacular. Dancing in all Basque festivities, dancing is like a language. The Aurresku, for example, makes it possible to pay tribute with an admirable jump, where one leg is thrown into the air. You will be amazed by “The Dance of the Glass” as the performance is mind-blowing! The Bilaka Dance Company composed of young dancers and traditional musicians, is renewing the genre; as is the Thierry Malandain Dance Company with its novel neoclassical repertoire.