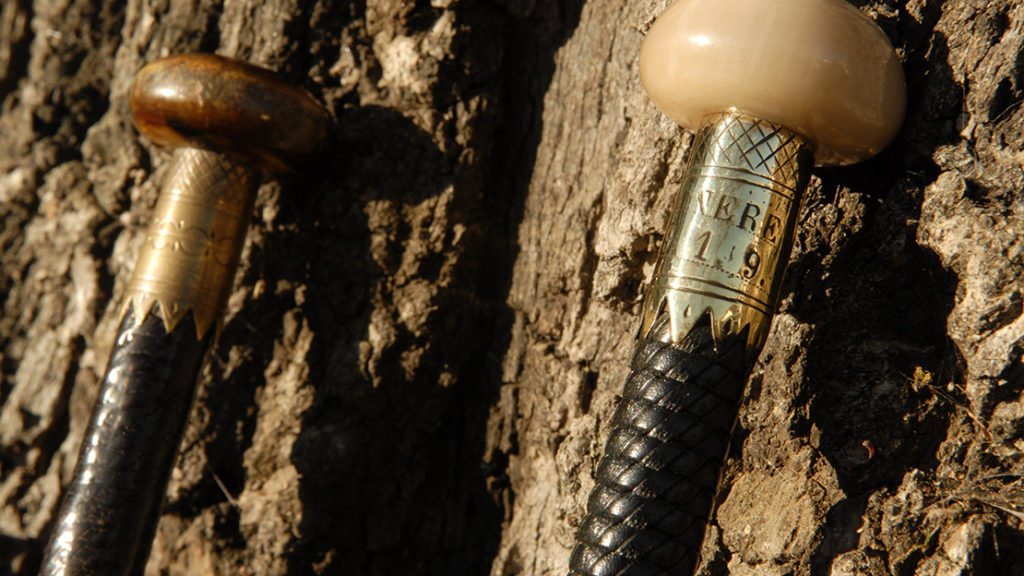 Local arts and crafts are derived from traditions and know-how which have been handed down from generation to generation.

They fashion the region’s identity. The factories are very often certified “Entreprise du Patrimoine Vivant” (Living Heritage Companies). Basque table linen and its colourful stripes are a must-see. It is produced by iconic weavers like Lartigue 1910, Tissage de Luz, Jean-Vier, Artiga or Ona Tiss. Have a look at peoples’ feet as they pass by, one of them is bound to be wearing hand-woven espadrilles from the Prodiso or Don Quichosse factories in Mauléon-Licharre. Some accessories tell the story of the country, such as the Makila which is both an iron walking stick and a weapon (a spike is hidden in its handle) used by shepherds. You can see it in Larressore when you visit the Makhila Ainciart Bergara factory. Another shepherd’s accessory is a knife. Les Couteliers Basques perpetuate this craft in Bidart. The Chistera is a “wicker-glove” used to play Cesta Punta, a Basque ball game which is as spectacular as it is captivating. It is handmade. There is only one factory in France, it belongs to Pierre Gonzalez and is called Onena.

Historic crafts are also joined by designers wishing to produce locally. They come from various fields: we can mention Les Editions du Coté whose distinctive feature is to associate craftsmen with artists to produce utilitarian objects with a sculptural appearance, such as coffee tables, vases, coat hooks etc. Alki manufactures wooden furniture with modern designs in Itxassou. The Goicoechea factory has produced pottery since 1960 and its master craftsmanship has been certified by a label of excellence.

The “Made in Pays Basque” tag has asserted itself as a reality and is the pride of the region!